DeCryptopedia provides news, technical analysis, information and price data about Bitcoin, Ethereum blockchain tech, and other cryptocurrencies.
Home Crypto News 5 Simple Argument behind Why I think BTC will Fade Out in... 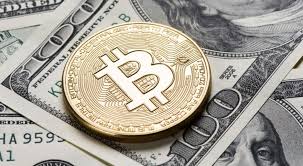 BTC‘s entire run-up was caused by speculative buying that is common in bubbles. It will always remain to be a speculative and hype-driven asset given that the fundamental reason most people are still buying it is to hope for a better price. It is not being bought for any real-world transactional use, or for any other fundamental reason

Given greater fool theory, bubbles will continue for BTC until saturation in demand hits (i.e. no fools left). The maximum saturation for any bubble is when mainstream media interest has peaked and the average Joe has heard about BTC. This occurred in December 2017.

Many would counter this saying “but we had a bubble in 2014 too, and it went back up”. Yes, but it never reached mainstream media interest. The average Joe around you wasn’t talking about BTC even then. Given that the entire run-up was caused by hype and speculation, this is extremely important.

Since we’ve peaked mainstream interest, new buyers won’t feel the same rush of adrenaline they once got buying early. It is impossible for someone to feel like they’re early on buying something if that something is already known. This is extremely important for hype-driven assets.

Thus, BTC will in the long term (we’re talking many years) make lower highs over and over, and then fizzle out.