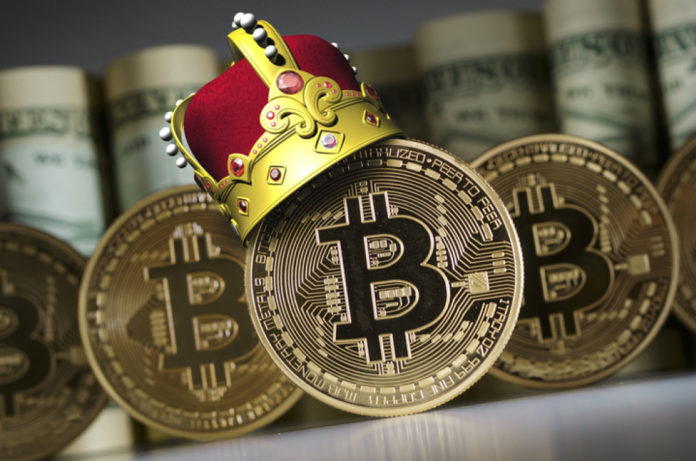 The Genesis Address – the very first bitcoin address, which is home to the first bitcoin ever mined from the genesis block. It’s assumed to be controlled by Satoshi Nakamoto, although the BTC has never moved. There is a technical issue that prevents the original 50 BTC from being transacted.

Notable transactions: 50 BTC, the genesis of bitcoin, and then a steady stream of smaller amounts, some with public notes of gratitude to Satoshi.

US Marshals – the destination of the bitcoins nabbed from Ross Ulbricht and the Silk Road investigation, then auctioned off. Before the auctions of this and other U.S. Marshal controlled bitcoins, the federal government was considered to be the largest holders of bitcoin, aside from the addresses controlled by Satoshi Nakamoto. This fact ruffled the feathers of not a few libertarian-minded bitcoiners.

Notable transactions: 29,658 BTC to Tim Draper 1a8LDh3qtCdMFAgRXzMrdvB8w1EG4h1Xi, as well as what appear to be novelty tips.

Laszlo’s Pizza Exchange – used to make what is considered the first purchase made with bitcoin in May of 2010, “Laszlo” exchanged 10,000 bitcoins for 2 pizzas, a purchase he shared on a bitcoin forum. This was a significant moment in bitcoin history as it bridged the gap between the digital and physical worlds and marked a turning point in which bitcoin could be exchanged for real-world goods.

Notable Transactions: 10,000 BTC for these two pies (pies pictured are the actual pies as snapped by Laszlo):

“French Maid” aka DEA Carl M. Force – Force, one of the DEA agents investigating the Silk Road, used an unauthorized handle named French Maid to extort bitcoin from Silk Road found Ross Ulbricht into this address, and then eventually into a personal account. Blockhead Force was eventually caught and indicted.

The investigation involving this address showcased the amazing detective work on the blockchain by Special Agent Tigran Gambaryan of the IRS Special Investigations and showed that in conjunction with other information the blockchain can be used as a strong tool for law enforcement to trace transactions. In this case, the Special Agent knew the amount that was transacted because of an unencrypted email between Ulricht and French Maid. Then he was able to trace this amount backward from a personal account of Force’s.

Notable Transactions: all BTC were eventually transferred into a personal account of Force’s at the CampBX exchange.

Notable Transactions: the big one, can be seen here.

Bloomberg Reporter Gets his BTC pinched on TV – this made national news when Bloomberg TV’s Matt Miller flashed the QR code and private key of his bitcoin address to the camera. A keen redditor ‘milkywaymasta’ took a freeze of the image, scanned the QR code and extracted the funds to his own address. He then posted the details of his maneuver on Reddit and offered to return the BTC if Miller gave him a new address, which he did.

This was an important event as it showed the importance of keeping a private key secure, the ignorance of this by the general public, the ease at which BTC can be swiped, and perhaps the most inspiring, the goodwill of a member of the bitcoin community for taking the BTC and returning it to showcase all of these points.

Notable Transactions: 0.02910731 BTC to milkywaymasta’s 1GkBw2o1ZeqsrbtVNbuBiqfoWd95Q2s6Ku and then later transferred to another address controlled by Miller.

Notable Transactions: over 2900 individual transactions into this account. This total does not include the donations that were sent to Wikileaks via individual donation addresses.

Bitstamp Hacked – a hacker or team of hackers began transferring funds from Bitstamp hot wallets on January 5th, 2015 into this address. In total, the heist netted over 19,000BTC. Although there had been major hacks in the past, this incident was significant if only for the fact that Bitstamp remained solvent and fulfilled all of their financial commitments to their customers

One Very Rich Identity – one of 9 accounts, all containing approximately 66,000 BTC and linked by a single transaction that implies one owner in possession of over 550,000 BTC.