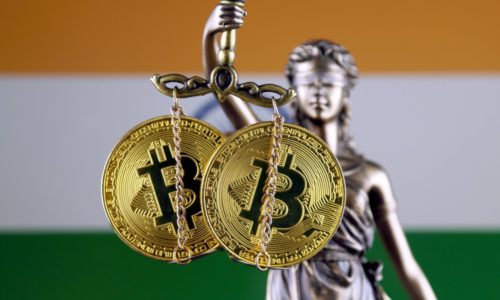 India is once again talking about banning crypto.

Hey, India: Make Up Your Mind!

It’s a situation India has been in before. Prior to this big argument, the country initiated a ban on banks doing business with cryptocurrency and blockchain ventures. Thus, these companies did not have any financial authorities to oversee their transactions.

While the ban was relatively limited in scope, many news and media outlets misreported this as India was implementing a full ban, and likely bitcoin and crypto transactions, in general, were likely to lead to trouble for involved parties. This time, however, a full ban is seemingly being reconsidered.

The ban would be initiated through the country’s Reserve Bank (RBI). All privately-owned cryptocurrencies would not be allowed through new regulations, which means that anybody owning bitcoin (BTC), Ethereum (ETH), Ripple (XRP), Litecoin (LTC) or any other digital asset would have to sell their stashes off quickly.

It would also mean that projects like Libra would have no place within India’s borders, which could be at the core of RBI’s plans. It’s no secret that India has never been a huge fan of Libra, but then again, many countries are refusing to lay out the red carpet. Some nations, such as France and Germany, have sought out new regulations preventing Libra from garnering a presence within their financial infrastructures.

All these countries seem to have one idea in common: corporations should not be the ones shelling out new currencies. This should be a task held by governments.

While this is all fine and dandy, India has also announced potential plans for a digital rupee, which would ultimately be state-backed and issued by the country’s central financial institution. As noble as these intentions might seem, there are huge problems with state-backed (or centralized) digital currencies, the first being that the idea stands against everything digital currency is meant to represent.

Crypto is designed to give financial freedom and independence back to its users. People cannot have this freedom if the cryptocurrency they’re using is being issued by a bank. The institution is going to examine every transaction. It will use these transactions to obtain personal data belonging to the parties engaged in financial transfers.

This is a fear that some have expressed regarding China’s plans to potentially release a new digital version of the yuan.

Nischal Shetty – founder and CEO of WazirX – thinks a ban on crypto in India could lead to job losses and a failing economy. He’s confident, however, that the ban – which is being fought in the Supreme Court – won’t become a reality. He stated:

The RBI banking ban is a very arbitrary move, and it’s being challenged in the Supreme Court. I’m optimistic the courts will hear us out and rule in our favor.