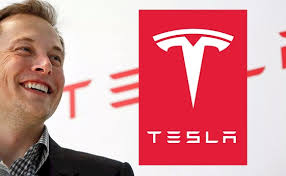 Tesla Inc (NASDAQ: TSLA) opened the market on April 21 with over 5% drop to trade around $690 at the time of reporting. However, don’t be deluded by the drop as TSLA stock price is up 75% so far this year. It is not rocket science that Tesla stock is thriving amid the coronavirus crisis when other automotive industries are shedding at an unprecedented rate.

With most of the Tesla fundamentals favoring the bull rally, Luke Lango, a market analyst at InvestorPlace, highlighted his views on why he thinks the TSLA stock could reach $2,000 over the next decade.

According to Lango, the huge out-performance of TSLA stock will persist for the long haul because of five major factors. One, he gave that the global electric (EV) market is set to boom in the 2020s.

Secondly, he gave that Tesla is the undisputed leader of the global EV market, besides its margin will continue to grow with the technology advancement. Lastly, he concluded that Tesla stock is headed to reach $2,000 in the long run.

However, there are other opinions. For example, as we have reported earlier, it is also said that in 2024 TSLA stock price may reach $7,000.

Tesla saw its demand for its products remains strong in the first quarter, despite the ongoing global coronavirus pandemic. According to a recent report, the company was able to produce 100,000 units and able to deliver 88,400 to its customers. The figures reported were significantly above the company’s expectations, therefore, fueling the bull rally.

Another major contributor to the rally might be the Fact that the Shanghai Gigafactory is operating ahead of expectations. This saw the vehicle registration in China jump 450% between Feb and March.

One of the main contributors to the rally that cannot be assumed is the speculative trading, fueled by Elon Musk’s heaven promising tweets, which mostly ends up delayed or never delivered. Recently, Musk claimed that Tesla’s futuristic Cybertruck can float for a while. The Cybertruck boasts of a 500-mile max range and incorporates the latest discovered automotive technology. Musk was replying to a question about whether someone could cross streams in the truck while hunting or fishing without damaging it.

Despite all the good things rolling out of Tesla Company, it was not able to override the lawsuit filed by Nikola, claiming the design of Tesla’s semi-truck which Musk debuted back in 2017 was too similar to its Nikola One Truck. The company is demanding a $2 billion compensation in damages, which Tesla claims have no merit.