DeCryptopedia provides news, technical analysis, information and price data about Bitcoin, Ethereum blockchain tech, and other cryptocurrencies.
Home Crypto News The next ‘ Altseason ‘ will be more powerful than before, analyst... 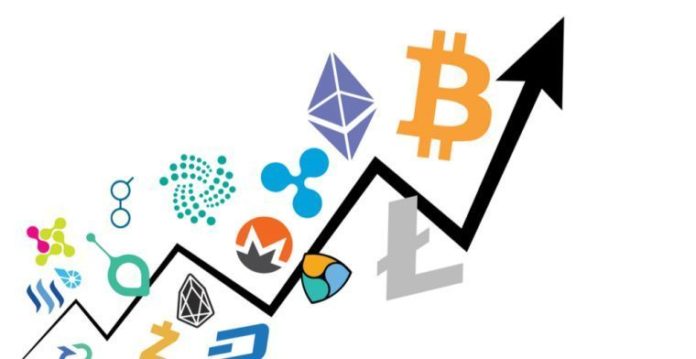 Throughout 2019, almost the entirety of the cryptocurrency market has been on an upward trend. This movement, however, has had a higher rate of increase in the Bitcoin price than that of major altcoins. One analyst, though, claims we might see an even stronger “altseason” soon.

While several altcoins, mostly Chinese based have surged during the past week, the market as a whole has lagged behind. This has led many investors and traders to speculate on the beginning of “altseason”, a time in which altcoins increase significantly in value and Bitcoin’s rate of dominance decreases.

Technical analysis reveals that while the altcoin market cap is rising steadily, its rate of dominance has been decreasing.

Crypto trader @DaveCryptos stated that the next “altseason” will be crazy, outlining several reasons backing his claim.

Additionally, he suggested some coins which he believes will have the highest rates of increase, including ETH, BNB, and MATIC.

Let’s look at the altcoin market cap and see if it is showing any signs of upward movement.

Looking at the altcoin market cap, we can see that it has retraced to the 0.786 fib level of the previous upward move.

Once there, it has created a double bottom pattern combined with a bullish divergence in the RSI.

This is a bullish pattern, gaining further significance by the fact that it is combined with bullish divergence.

Furthermore, we can see that the move caused a breakout from the descending resistance line in place since June 24. Afterward, it found resistance at the 200-day moving average.

A very common move would be a retest of the previous descending resistance line, validating it as support followed by a continuation of the upward trend.

However, this increase is to be expected since the market cap along with the price of Bitcoin is rising.

A look at the dominance rate of altcoins shows that it has actually been decreasing, especially visible during BTC’s upward move on October 25.

The ensuing upward move was weak, failing to touch the previous support line.

Therefore, while the altcoin market cap is steadily rising, its dominance rate shows that “altseason” has yet to begin.