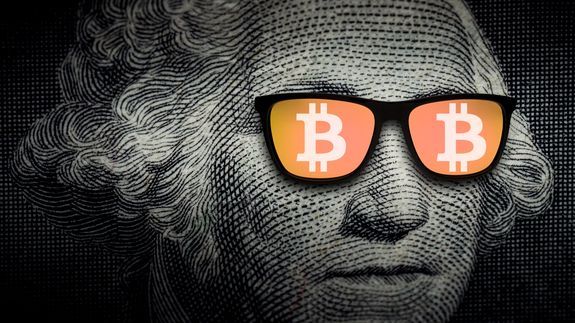 It’s been quite the week in crypto, with a new phase of the “china FUD” being kicked off by the announcement that China would be launching a government currency on the blockchain. I’ll write more about that later, but for this post, I really want to focus on the digitization of money and payments, and what it might mean for “crypto.”

Let’s start by going backwards. The last ten years of crypto were kicked off by bitcoin - which I believe is a technology, new networking infrastructure, but most importantly, a new set of political, economic, and social philosophies. Bitcoin’s growth resembles that of a social movement. Social movements are purposeful, organized groups striving to work toward a common goal. These groups might be attempting to create change (Occupy Wall Street, Arab Spring), to resist change (anti-globalization movement), or to provide a political voice to those otherwise disenfranchised (civil rights movements). Social movements create social change. Bitcoin introduced a new idea to the world at the time when we needed it most - the idea that state and money should, and could, be separate, and that money could be digital, scarce, immutable, and open-source. You can hear more about the topic of bitcoin as a social movement on Episode 27 of What Grinds My Gears, the research podcast I do with my friend Jill Carlson.

Once bitcoin started gaining steam, the community started to fragment as new people joined and OGs broke off to start new projects with different visions. Each successive wave of “innovation,” marked by a change in terminology and change in execution of the idea, is one step further removed from bitcoin, until the end result doesn’t really look anything like where we started. In fact, it’s the opposite of where we started.

So here we are. It’s 2019, and bitcoin has been around for ten years and it’s basically all of (well, 70% of) the crypto market. While bitcoin has captured a lot of mindshare, the money for most corporates and institutions who missed the bitcoin wave is thinking of ways to manufacture and capture the next wave of “bitcoin.” The evolution of initial coin offerings from public, anonymous fundraises to private, fully regulated securities offerings is a great example of this shift. Regulatory capture is a strong force in our world, and crypto is no different than any other industry. Regulatory capture also allows incumbents to squeeze out competitors, and it’s no surprise that as the popular narrative moves from bitcoin to ICOs to security tokens to stablecoins, and now, CBDCs, each successive wave is concentrating power in the hands of fewer and fewer (existing) players. The game is still the game.

Nowhere was this sentiment better captured than the TV show Mr. Robot, where E-Corp created E-Coin which is basically a terrifying preview of the dystopian future that is coming our way.

So where does this lead bitcoin and the “crypto” community? I think we’re entering a new phase of the narrative, where digitization of money and value will enable companies who own end users will also own their money because they can. As we look at the broader narrative unfolding in the tech world, we start to see the shift from the world of physical things to digital things is an interesting one indeed. Looking at the last 10 years, the largest companies in the world used to be the ones that made physical things - especially companies who produced the resources (energy) needed to make physical things. In 2019, what matters is the digital realm, not the physical. The largest companies in the world are now the companies that define our digital lives, own our data and our relationships, and manage our world’s financial flows.

I like to call this new group of companies our “digital overlords” and for good reason. The internet is an economic powerhouse that drives competitiveness and productivity. See above how the US, and increasingly, China, absolutely dominate. The digital economy,[1] powered by the internet, drives Gross Domestic Product (GDP) and also offers countless intangible benefits to small businesses, consumers, institutions, and governments. According to the Bureau of Economic Analysis, the digital economy has been a bright spot in context of the United States economy. The real value added to the US economy by the digital economy grew at an average annual rate of 9.9 percent per year from 1998 to 2017, compared to 2.3 percent growth in the overall economy. The digital economy accounted for 6.9 percent ($1,351 billion) of current‐dollar gross domestic product (GDP) in 2017.[2]

But like all things, this growth has not been evenly distributed. Our digital overlords - a small group of 5 companies - command the majority of this value. And as they’re sitting here looking at the world, and this crazy bitcoin thing, they start asking “why not us, too?”

If you already own everyone’s data and digital lives, why would you let a bank capture all of the value of their economic activity? It’s an interesting question, especially in an age where money is now fully digital and as demonstrated by bitcoin, no longer needs to be tethered to the guarantees of a central bank or a government with guns (an army) and steel (an economy) to defend its currency.

Historically, the business model of being a bank has been cumbersome, capital intensive, and challenging. But as money, too, becoming digital and less bound to physical jurisdiction, the ways in which we bank has also begun to change. People no longer consume financial services in the same way. Instead, financial services historically bound to the bank branch are consumed on demand, at the digital point of sale. We see this with lending businesses like Klarna and Affirm which effectively provide digital “layaway” services (buy now, pay later) to digital shoppers. What is interesting to think about is who the bank of this new digital future will be? I’d love to believe it could be bitcoin, but I don’t think our digital overlords see the same future for us. Digitization has made us more dependent on intermediaries than ever before, and has concentrated power in the hands of a small handful of companies who define our digital experience from the moment we wake up, to the moment we go to sleep. And actually, in your sleep, too, because you probably track your sleep with your Oura Sleep Ring you evolved human being, you.

As an investor, what I then wonder is how digital conglomerates will beg, borrow, and steal from the crypto community (and larger FinTech community) to leverage the new possibilities of digital finance. We’ve seen a taste of this with Facebook’s Libra project - which at this point requires no further commentary because it’s been analyzed and scrutinized to death - but I think this is just the starting point for a long and dystopian march into the digital gulag of the future. The tools of our liberation could very well have the opposite effect, leading to complete digital capture with no hope for escape. Trust me, I’ve tried going a day without using Amazon, Apple, Microsoft, Facebook (via WhatsApp), and Google and I couldn’t make it outside my front door.

This new narrative unfolding is going to be an epic one, given the marketing prowess and sheer balance sheet strength of these conglomerates. I mean, Apple has more spare cash on its balance sheet than the entire crypto market cap.

[1] The United States Department of Commerce’s Bureau of Economic Analysis is working to develop tools to better capture the effects of fast-changing technologies on the U.S. economy and on global supply chains. The project seeks to calculate the digital economy’s contribution to U.S. GDP, improve measures of high-tech goods and services, and offer a more complete picture of international trade. More at https://www.bea.gov/data/special-topics/digital-economy

[2] See the Bureau of Economic Analysis “Measuring the Digital Economy: An Update Incorporating Data from the 2018 Comprehensive Update of the Industry Economic Accounts” which can be found at https://www.bea.gov/system/files/2019-04/digital-economy-report-update-april-2019_1.pdf